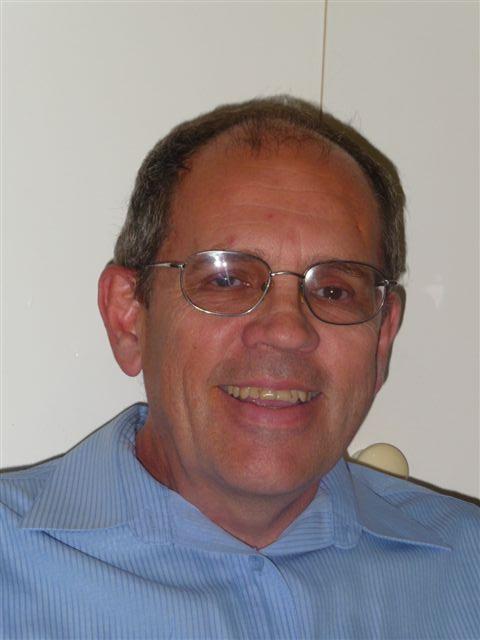 From Draglines to New Directions with Swing Invent

Combining innovation and automation, the next generation in cutting edge mining equipment has arrived in the form of the revolutionary Swing Invent Holdings Pedal Assemblies. Integrating years of industry experience, consultation and a drive for reducing dragline and power shovel downtime, Geoff Davis the force behind Swing Invent Holdings continues to pioneer the slimline swing pedal industry both here in Australia and the United States.

With an emphasis on ergonomic design, safety and durability, Geoff created his first slimline pedal prototype in 2005 and has since forged a reputation for design and production excellence whilst his products continue to evolve with the changing needs of the Australian and International Mining Industry.

Collaborating alongside a selection of major contributors in the dragline and shovel control markets, the Swing Invent Pedal is the pedal of choice for many mining industry giants such as:

Having spent 12 years immersed in the workings of the Central Queensland coal industry, Geoff accumulated a wealth of knowledge and expertise and it is this knowledge that has fuelled both his innovation and commitment to bringing the swing pedal to market and challenging an established field with his cutting edge design and functionality. Geoff’s impressive background before the birth of Swing Invent Holdings includes:

Working with Cavotec (an international engineering company) initially in a sales role, Geoff first recognised the need for improved swing pedal technology after witnessing an operator console demonstration at a QME Mining Exhibition in Mackay in 2004. Combining his skills and expertise Geoff began his first project to design a dragline console, and the Italian (Brieda) built console was born. This innovative assembly has been fitted to Spohn and Burkhard Consoles, which are currently distributed by NHP throughout Australia ever since. 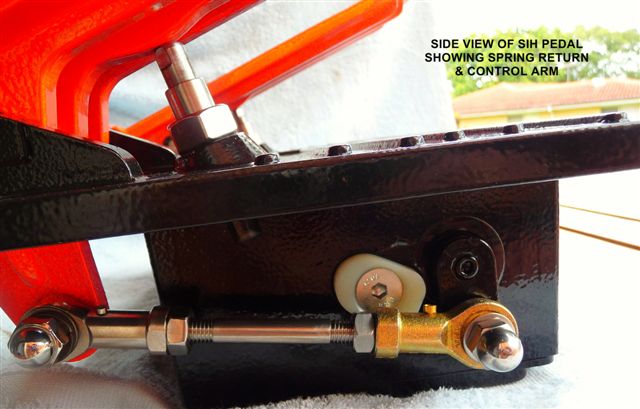 Forging a reputation as a consultative authority within the industry, Geoff’s attention began to focus on issues affecting the older model Swing Pedal Assemblies that were commonplace with draglines and shovel consoles. In the absence of advanced technology, mining companies were experiencing high levels of operational costs and difficulties in the maintenance and service of equipment that was both unsafe and a liability. All of these factors resulted in an innovation that would alter and positively influence the course of Geoff’s career.

From Prototype to Pioneer

In the formative stages, the slimline swing pedal’s challenges involved the relocation of the gearing and controls from beneath the operator’s cabin floor. These controls needed to be raised up into the housing of the pedal assembly for easier and safer access. Designing with a focus on ergonomics in order to reduce workplace injury and increase productivity, the swing pedal was created to address these requirements and the need to be customisable to suit the needs of individual operators..

Swing Invents initial prototype was manufactured by Gessmann in Germany and subsequently demonstrated to the mining sector in the Bowen Basin coal mines, where it became a game changer. 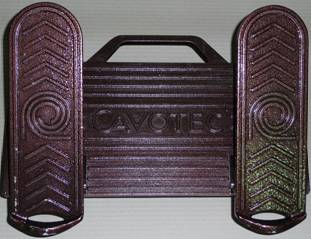 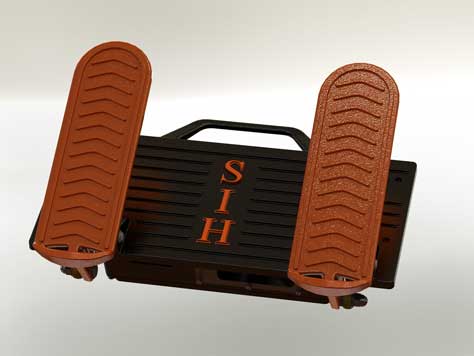 The Process to Production

The journey from the conception of the swing pedal to manufacture and delivery involved:

Upon forging a formidable association with Cavotec in bringing his concepts to market, Geoff continued to evolve his approach and again recognised the potential to implement fundamental design changes that would deliver enhanced cost and performance benefits to future clients in the swing pedal industry. So as he embarked on the next stage of innovation Geoff proceeded to undertake the project independently through his own company Swing Invent Holdings. Armed with a precise collection of technical drawings, he was able to realise his vision via a collaboration with a team of ergonomic engineers. This enabled Geoff to initiate a series of engineering checks that tested the integrity of his design prior to its manufacture.

Boasting unrivalled operational integrity and innovative features, the new concept distinguished the Swing Invent Holdings Pedal Assemblies from the most competitive of peers, offering previously unavailable customisation, enhanced safety features, greater efficiency and a range of durable equipment that is built to withstand and endure.

Pursuing excellence in his product proposition, it was five years before Geoff introduced his Swing Invent Holdings Pedal Technology to the Queensland Mining Exhibition in Mackay in the July of 2010 (showcasing via the NqCranes stand).

Geoff continues to innovate as per his new offering the joystick control and works directly with all of his clients, imparting his knowledge, expertise and vision in a way that directly influences the evolution of swing pedal technology in both Australia and the US. With a renewed focus on not only the mining industry but other fields of industry including the military, Swing Invent Holdings with an international patent pending promises a future of swing pedal domination in both the Australian and offshore markets

From Draglines to Market Domination

From the mining industry to industrial markets, Swing Invent Holdings offer product solutions to minimise dragline and power shovel downtime that help revolutionise your business and ROI. Call Geoff today on +61 413 229 293 or fill out our online enquiry form for further information